After the 2003 space shuttle disaster, NASA began examining the sprayed-on-foam insulation (SOFI) on the exterior of the shuttle fuel tank using the Picometrix QA1000 (Picometrix is now Luna's Terahertz TeraMetrix product line). Terahertz examination of the foam/tank interface using either the TeraMetrix QA1000 or the T-Ray 4000 (see the latest version, the T-Ray 5000) became the approved method for certifying the absence of defects.

As NASA transitions from the Space Shuttle to the new Ares launch platform, terahertz inspection of heat shields, thermal blankets, and ultra-high pressure tanks are being investigated.

The T-Ray 4000 has been used to measure the tiles of the shuttle heat shield. As the shuttle ages, corrosion can form under the tiles potentially causing them to detach.

By examining the layers which attach the tiles to the orbiter, NASA can determine which tiles to replace, and which tiles are still in good working order.

NASA is also looking at using Luna's terahertz system for determining the health of ultra-high pressure gas tanks used for attitude adjustment rockets. These tanks are wrapped in Kevlar fiber, and a rupture would cause the loss of the orbiter. Terahertz imaging is able to detect broken fibers in the pressure mantle, allowing the integrity of the tank to be determined. 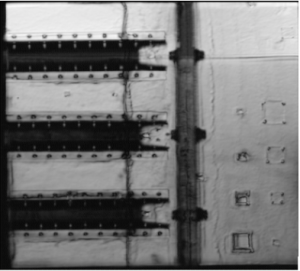 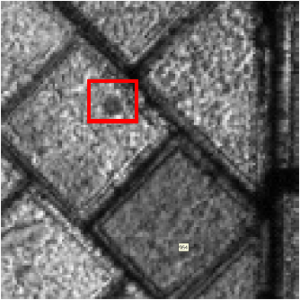