Board of Directors - Chairman
Read More 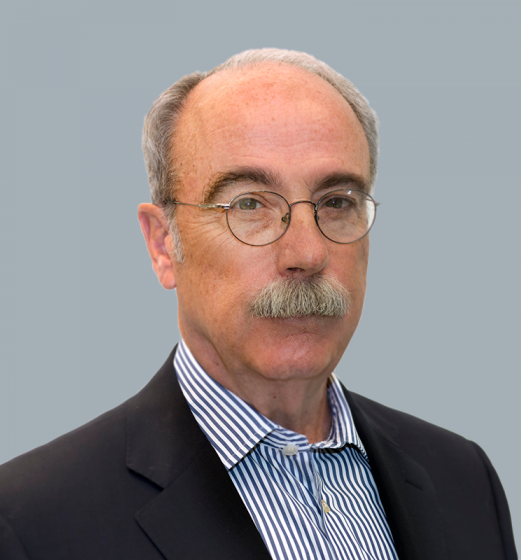 Board of Directors - Chairman

Mr. Roedel has served as chairman of Luna’s Board of Directors since January 2010. He has served as a member of Luna’s Board since September 2005 and is chairman of the Board’s Nominating and Governance Committee and member of the Board’s Compensation Committee. He currently serves on the Board of Directors at IHS Markit Inc. (NASDQ: INFO), Six Flags Entertainment, Inc. (NYSE:SIX) and LSB Industries, Inc. (NYSE:LXU). He was a director of Lorillard, Inc. until 2015 when it was acquired by Reynolds American Inc and Sealy Corporation until 2013 when Sealy was acquired by Tempur-Pedic International, Inc. Mr. Roedel served as a director of BrightPoint, Inc. from 2002 until 2012, when BrightPoint was acquired by Ingram Micro. He served on the Board as chairman of the Audit Committee of Dade Behring Holdings, Inc. from October 2002 until November 2007 when Dade was acquired by Siemens AG. Mr. Roedel also served in various capacities at Take-Two Interactive Software, Inc. (NASDAQ: TTWO) from April 2004 until June 2005, including chairman and chief executive officer. From 1971 through 2000, he was employed by BDO Seidman LLP, becoming an audit partner in 1980, later being promoted in 1990 to managing partner in Chicago and then managing partner in New York in 1994, and finally in 1999 to chairman and chief executive officer. Mr. Roedel is a graduate of Ohio State University and a certified public accountant. 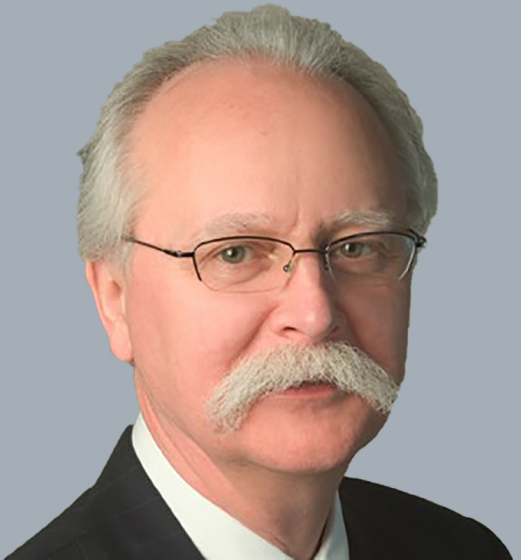 N. Leigh Anderson, Ph.D. is a Founder and CEO of SISCAPA Assay Technologies, (www.SISCAPA.com). His interests are focused on the proteins of human blood as disease biomarkers, and the introduction of biomarker panels in clinical diagnostics using peptide-level mass spectrometry assays (the SISCAPA technology).  Dr. Anderson obtained a BA in Physics from Yale and a Ph.D. in Molecular Biology from Cambridge University, working at the MRC laboratory of Molecular Biology on hemoglobin structure with M. F. Perutz, and later with Sydney Brenner.  Subsequently he co-founded (with Dr. Norman Anderson) the Molecular Anatomy Program at the Argonne National Laboratory (Chicago) where his work in the development of 2-D electrophoresis technology earned him the 1983 Pittsburgh Conference Analytical Chemistry Award and the American Association for Clinical Chemistry’s Young Investigator Award.  After leaving Argonne, Dr. Anderson was a founder and Chief Scientific Officer at Large Scale Biology Corporation, where he co-led a highly successful Nasdaq IPO in 2000.  Beginning work in clinical mass spectrometry in 2002, he founded and is CEO of the Plasma Proteome Institute, a non-profit biomedical scientific research institute in Washington, D.C., and SISCAPA Assay Technologies, Inc., whose core technology he invented and developed.  He has served on the boards of directors of three public technology companies including Dade Behring, a global diagnostics company acquired by Siemens, Luna Innovations and Large Scale Biology.  He has published 175 papers, been granted 44 US Patents, and was awarded the 2009 Human Proteome Organization (HUPO) Distinguished Achievement Award in Proteomic Science.  SISCAPA received the 2014 HUPO Science and Technology Award. 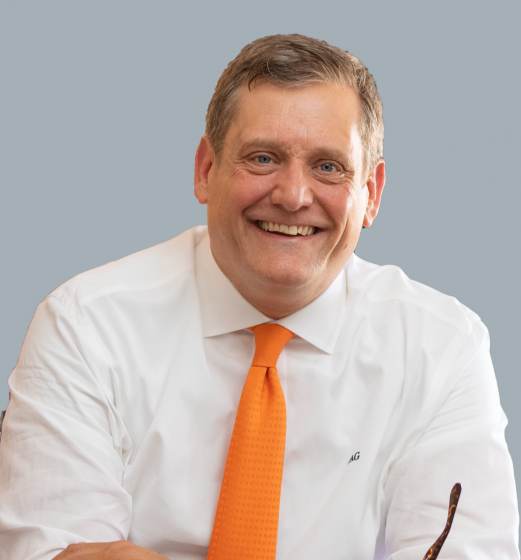 Luna CEO & Board of Directors - Member

Scott A. Graeff was appointed as Luna’s President & Chief Executive Officer and a member of the Board of Directors in October 2017. Mr. Graeff joined Luna Innovations in August 2003. Throughout his tenure at Luna he has held various positions including Chief Strategy Officer, President of Luna Technologies, GM of Terametrix, Chief Operating Officer, Chief Financial Officer, EVP of corporate development and a member of our Board of Directors.

Prior to joining Luna, Mr. Graeff was a Partner at Gryphon Capital, a Virginia based venture capital fund. He has also been a co-founder of a software technology company that was sold to a Fortune 500 Company and held senior-level positions at various investment banking firms. In these various roles, Mr. Graeff has completed several public offerings and has been involved with mergers and acquisitions with a notional value of more than $8 billion. He is experienced in a broad range of capital market transactions, strategic planning and financial management. Mr. Graeff holds a bachelor’s degree in commerce from the University of Virginia. 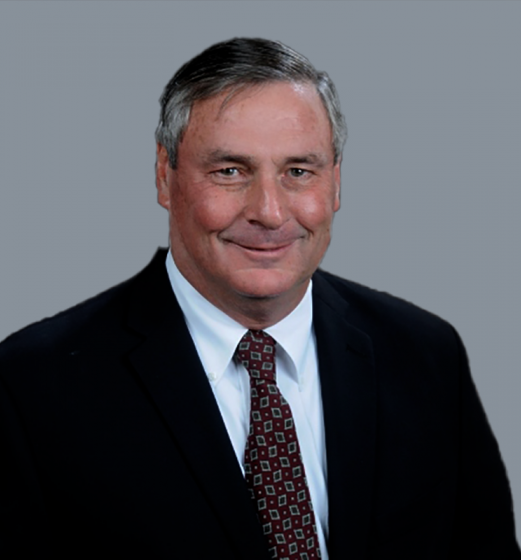 Donald Pastor has served as a director of API since July 2005 and assumed the role of non-executive chairman of the board of directors in October 2012. Mr. Pastor is also the President of DP Business Services, a consulting firm which he founded in January 2012. From 1986 through June 2012, he served as the president – Electronics Systems Division of Telephonics Corporation. In addition, Mr. Pastor previously served as the chief executive officer of TLSI, a wholly owned subsidiary of Telephonics Corporation, and as the chief financial officer of Telephonics Corporation. For the past thirty years, Mr. Pastor has held a variety of financial, administrative and operational positions in high technology and defense related industries. Mr. Pastor holds a B.S. degree in marine engineering from the U.S. Merchant Marine Academy and an M.B.A. from Loyola University in Maryland. 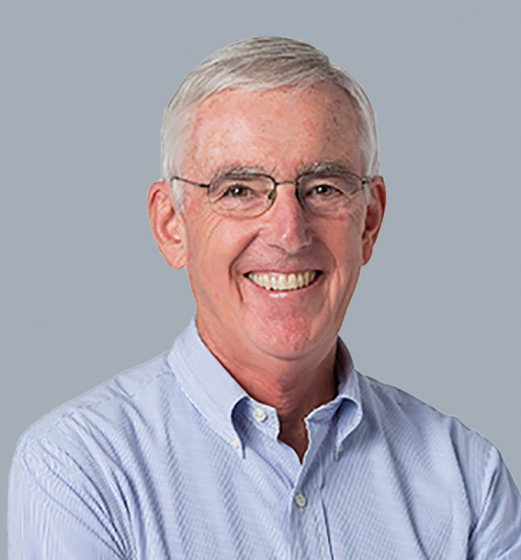 Warren B. Phelps, III has served as Executive Chairman of Empower RF Systems, a developer and manufacturer of high power RF amplifiers for the defense and commercial markets, since January 2013. From 2009 until December 2012, Mr. Phelps served as the Chairman and Chief Executive Officer of Empower. Since 2007, Mr. Phelps has served as a director and Chairman of the audit committee of U.S. Auto Parts Network, Inc., a public company.  From 2000 until his retirement in 2006, Mr. Phelps served in several executive positions for Spirent plc, a leading communications technology company, most recently as President of the Performance Analysis Broadband division. From 1996 to 2000, Mr. Phelps was at Netcom Systems, a provider of network test and measurement equipment, most recently as President and Chief Executive Officer. Prior to that, Mr. Phelps held executive positions, including Chairman and Chief Executive Officer, at MICOM Communications and in various financial management roles at Burroughs/Unisys Corporation. Mr. Phelps currently serves on the board of directors of a privately held company and on the Board of Trustees of St. Lawrence University. Mr. Phelps holds a B.S. degree in mathematics from St. Lawrence University in Canton, New York and an M.B.A. from The University of Rochester in Rochester, New York. The Nominating and Governance Committee believes that Mr. Phelps’s prior experience as a Chief Executive officer and with the defense and commercial industries enables him to make valuable contributions to the board of directors. 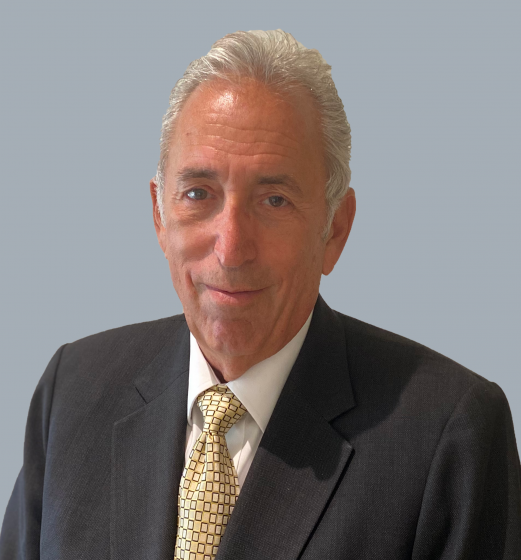 Gary Spiegel is a member of the Board’s Audit Committee and Compensation Committee.  He has more than 35 years of experience in the photonics industry. He has held positions of vice president, Sales and marketing, senior vice president, Sales and Business Development, and senior vice president, Business Development at Newport Corporation from 2002 to 2013. Mr. Spiegel retired from Newport Corporation in 2014 and is currently a business development consultant. He has a Bachelor’s Degree in Industrial Marketing from Baruch College of the City University of New York. He also sits on the Board of Telescent Inc., an early stage technology company focused on software defined network cross connect technology and is a member of SPIE Financial Advisory Committee and a member of the OSA Corporate Associate Committee. 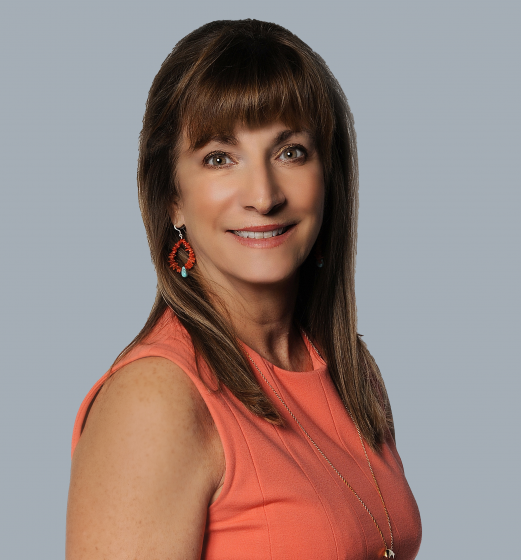 Mary Beth Vitale has served as a member of Luna’s Board of Directors since September 2019 and is a member of the Board’s Audit Committee and Nominating & Governance Committee.  In 2001, she co-founded Pellera, LLC., a consulting firm specializing in cybersecurity and board governance to boards of directors. Previously, she had served as President, CEO and Chairman of the Board of WestwindMedia.com, President and Chief Operating Officer of RMI.NET, and President-Western States and corporate officer for AT&T. She received her bachelor’s degree from Hillsdale College; a Master’s degree from the University of Colorado; and an Advanced Management certificate from the Wharton School.  Ms. Vitale has been recognized as a National Association of Corporate Directors (NACD) Board Leadership Fellow and SEC qualified financial expert.  She currently is a faculty member for the NACD in board governance and cyber security training.  She is also a Co-Chair and founder of the Women Corporate Directors, Colorado Chapter.  Ms. Vitale also earned the CERT Certificate in Cybersecurity Oversight from the Software Engineering Institute, which demonstrates her commitment to advanced cybersecurity literacy to the Company, investors and regulators. Ms. Vitale also served on the board of directors of CoBiz Financial, a publicly traded national commercial bank, from 2005 to 2018 and on the board of directors of Zynex, Inc., a publicly traded medical technology company, from 2008 to 2014.

Close
Reach Out to Luna